According to the Language of Flowers, lavender symbolises love and devotion (and luck). At Snowshill Lavender farm, over 53 acres of lavender are currently in bloom so love should certainly be in the air.

Lavender thrives on the free-draining limestone hills at the heart of the English Cotswolds. At 1000 feet above sea level, the combination of soil type, altitude and climate of the area produce ideal growing conditions for English lavender. It's a beautiful place and particularly worth visiting at this time of year when the lavender is at its best.

Here are a few piccies from my visit yesterday - unfortunately, they are not scratch and sniff which is a real pity because the smell was heavenly! 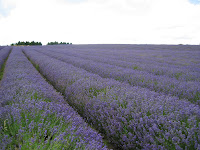 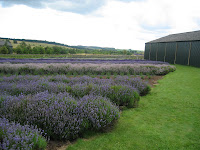 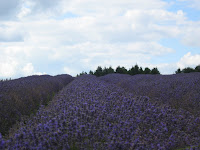 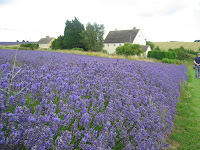 Just a mile or so away from the lavender fields is the National Trust-owned Snowshill Manor. 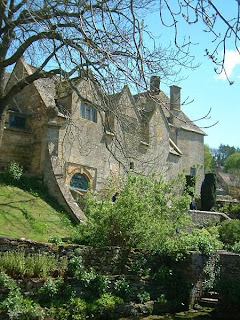 Snowshill Manor was previously owned by the wealthy eccentric Charles Paget Wade. He trained as an architect, but when he inherited the family fortune (built on sugar plantations in the West Indies) in 1911, he was freed from the necessity of working. He purchased Snowshill in 1919 and thereafter devoted himself to restoring the manor house and gardens and using it to house his ever-growing collection of eclectic objects, which reflected his interest in craftmanship.
Charles chose to live in a small cottage in the garden. He gave Snowshill and its astonishingly diverse contents to the National Trust in 1951.

Several ghost stories surround Snowshill Manor. One involves a clandestine marriage that took place in an upper room of the house on St Valentine's Eve, 1604. Ann Parsons, a sixteen-year-old orphan heiress related by marriage to John Warne (owner of Snowshill at the time) was forcibly removed from the home of her guardian by Anthony Palmer, a handsome twenty-year-old servant, and some friends. She was taken to Snowshill Manor and married to Palmer at midnight in the room above the Great Hall by the vicar of Broadway. The marriage was subsequently declared invalid by the court of the Star Chamber. The room where the marriage took place is now known as Ann's room, and is supposedly haunted by her ghost.

(photo of Snowshill Manor by Colin Hogben at Wikimedia Commons) 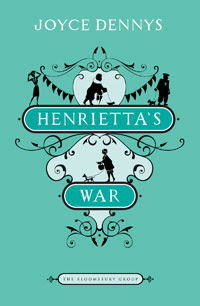 How do we decide what to read? An interesting question and one which no doubt elicits many different answers. There are reviews, bookshop promotions, advertising, TV promotion spots like Richard and Judy or Oprah's book club. There's also the most powerful influence of all, word-of-mouth, and with the arrival of book groups and literary blogs, this influence has been enhanced. Now, the on line community can not only review and chat about new favourite books, but also discuss favourite books from other eras.

Inspired by this, The Bloomsbury Group have created a new library, chosen in response to readers' recommendations - from authors, families, friends and bloggers - who have shared their suggestions of cherished books worthy of revival. The books published in the Bloomsbury Group are hidden gems from the early twentieth century, recommended by readers for readers and brought back into print for a new audience.

Launching this month, the first two titles of the series will be delightful B format editions, priced at £7.99 each. I'm really looking forward to Henrietta's War by Joyce Denny, described as 'a hilarious, wry, but often very moving, epistolary novel of life in rural wartime Britain.'

Take a look at The Bloomsbury Group website here, and if you have any recommendations, you can send them in to the snail mail address given, or follow the email link. 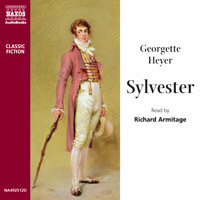 Back in March, I blogged on Forromancereaders about a new Naxos CD audiobook of one of my favourite Georgette Heyer novels, Sylvester, read by the talented, chocolate-voiced Richard Armitage. I received my copy a few weeks ago and am delighted to say it's everything I hoped it would be. Richard did a wonderful job with a novel that has so many female characters. His differentiation was fabulous, and his storytelling abilities and voice talents meshed beautifully with Heyer's light, witty style. I've listened to it three times now and it just gets better on each occasion. His voice draws you in - it's mesmerising.

Judging by this article, Naxos are delighted too. I hope they can borrow his 'delicious' voice again very soon ;0)

The Sylvester audio CD is currently riding high in the Amazon UK charts. As I type this, it stands at number 1 in two categories (Audio CDs Literary Classics and Books Classic and Contemporary authors), and number 5 in Historical Romance overall! Great news for everyone involved. 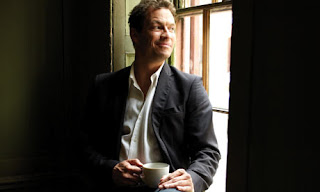 The campaign, described by The Guardian as perhaps the thinking woman's equivalent of the Diet Coke break hunk, aims to give women a diversion when they want to relax over a cup of coffee.

I can certainly recommend these seductive interludes ;0) Dominic West reading the proposal scene from Pride and Prejudice is wonderful, as are all the others. Good thing there will eventually be 30 to choose from.

So, make yourself a rich, velvety mug of Carte Noire coffee and, when you’re sitting comfortably, then he’ll begin (click on the photo to follow the link *g*) ...