Who's Jeremiah Dixon, I hear you ask!

Well if you've ever heard of the famous Mason-Dixon Line, or Mark Knopfler's song, Sailing to Philadelphia, then you've heard - albeit it unknowingly - about Jeremiah Dixon. 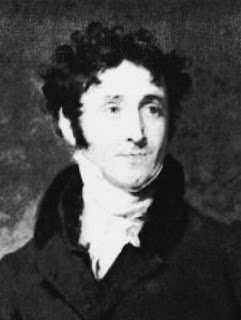 Dixon was born in Cockfield, near Bishop Auckland, in 1733, the fifth of seven children, to George Dixon and Mary Hunter. His father was a wealthy Quaker coal mine owner; his mother was said to have been the "cleverest woman" that ever married into the Dixon family.  This intelligence certainly seemed to show itself in her children, especially Jeremiah.

Jeremiah became interested in astronomy and mathematics during his education at John Kipling's school at Barnard Castle. Early in life he made acquaintances with mathematician William Emerson, and astronomers John Bird and Thomas Wright.

Jeremiah served as assistant to Charles Mason in 1761 when the Royal Society selected Mason to observe the transit of Venus from Sumatra.   Their passage to Sumatra was delayed, and they landed instead at the Cape of Good Hope where the transit was observed on June 6, 1761. Dixon returned to the Cape once again with Nevil Maskelyne's clock to work on experiments with gravity.

Dixon and Mason signed an agreement in 1763 with the proprietors of Pennsylvania and Maryland, Thomas
Penn and Frederick Calvert, sixth Baron Baltimore, to assist with resolving a boundary dispute between the two provinces. They arrived in Philadelphia in November 1763 and began work towards the end of the year.

The survey was not complete until late 1766, following which they stayed on to measure a degree of Earth's meridian on the Delmarva Peninsula in Maryland, on behalf of the Royal Society. They also made a number of gravity measurements with the same instrument that Dixon had used with Maskelyne in 1761. Before returning to England in 1768, they were both admitted to the American Society for Promoting Useful Knowledge, in Philadelphia.

Dixon sailed to Norway in 1769 with William Bayly to observe another transit of Venus. The two split up, with Dixon at Hammerfest Island and Bayly at North Cape, in order to minimize the possibility of inclement weather obstructing their measurements.

Following their return to England, Dixon resumed his work as a surveyor in Durham.  Evidence of his skill as a draughtsman can be seen in a plan of the park of Auckland Castle, completed in 1772.  All Jeremiah's maps are beautifully decorated, and works of art in themselves.

To celebrate the 250th anniversary of the commencement of the Mason-Dixon survey in 1763, the Bowes Museum in Barnard Castle will host an exhibition of items such as model ships, surveying equipment and historic maps.  It will also feature a slave whip which Jeremiah kept as a trophy.   Jeremiah saw the owner thrashing a slave with the whip, took it from him, thrashed the owner with it and kept the whip. Artefacts from the native Americans who worked alongside Jeremiah will also be on show.

Jeremiah Dixon also appears in Thomas Pynchon's 1997 novel Mason & Dixon.   The song Sailing to Philadelphia from Mark Knopfler's album of the same name, also refers to Mason and Dixon, and was inspired by Pynchon's book.

I love this song!

Here's the original version with Mark Knopfler and James Taylor

and here's a live version with Mark only

Only You - Lorna Peel


Today I'm delighted to welcome guest blogger Lorna Peel to talk about her debut novel, Only You, published by Entranced Publishing.


In the first of two guest posts, Lorna tells us about what inspired her to write Only You.  But first, here's the blurb...


Jane Hollinger is single, divorced, and the wrong side of thirty – as she puts it. Her friends are pressuring her to dive back into London’s dating pool, but she’s content with her quiet life as a genealogy teacher.

Robert Armstrong is every woman’s fantasy: handsome, charming, rich and famous. When he asks her to meet him, she convinces herself it’s because he needs her help with a mystery in his family tree. Soon she realizes he’s interested in more than her genealogical expertise. Now the paparazzi want a piece of Jane too.

Can Jane handle living – and loving – in the spotlight? 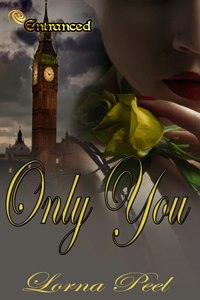 
Wouldn’t it be fantastic to be in a relationship with someone famous? Wouldn’t it be great, with parties and premiers, and having your picture in the papers and gossip magazines?

But what would it be really like to be in a relationship with someone famous but you wish they weren’t because you are a private person who likes a quiet life? Could you love them enough to be able to put up with all the intrusions?

It’s a dilemma and it’s why I created Jane Hollinger so she can try and decide.

Poor Jane. Her self esteem is in the gutter because her husband left her for a client. She lives alone with her books and huge DVD collection and doesn’t know if she ever wants to date again. It’s been so long since she’s dated that she’s not even sure she remembers how to do it properly and the prospect of going out with someone from the dating website her sister and best friend subscribed her to fills her with dread. Why can’t they just leave her alone? She does go out in the evenings – but it’s to teach family history evening classes at the Local Education Centre. Little does Jane know that romance will strike when she least expects it. But will she be able to cope with being in a relationship with a man she’s only dreamed of and the British press?


Readers can find out more on the web at


Thanks Elizabeth, for having me on your blog!

Thank you, Lorna :)  Only You sounds an intriguing read and I look forward to finding out more in your second blog post here on 8th April.

A very warm welcome to the blog today to my fellow coffee crew author, Nell Dixon.

Nell has a brilliant new book out - Radio Gaga - and she's here to tell us more about it!  ( I love the cover by the way :D) 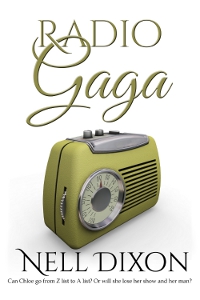 Radio Gaga is my first mainstream single title release for quite a while now. It’s a story I’m quite excited about as it’s a fun, upbeat chick lit suspense.

I’d finished the book and was deciding what I should do with it when the story broke all over the news about the Australian radio presenters who had a practical joke go badly wrong! Talk about weird timing! Chloe, in Radio Gaga also has things go wrong for her but I don’t want to spoil the surprise.

Over the airwaves everyone can hear you scream!

Radio researcher and part-time presenter Chloe Lark is certain her big show biz break is just around the corner. Live it Up radio may not be the big time, but surely - one day soon - fame will come her way. And, if she could convince the hunky guy next door to give her a chance, her love life might improve too.

Ex-soldier Ben isn’t sure if his new ‘Z’ list celebrity neighbour is crazy or on medication. Either way he’s looking for a quiet life out of the spotlight. The last thing he needs is an accident prone media hungry blonde complete with mystery stalker. Problem is - Chloe doesn’t seem to have received that particular memo…

And here’s an excerpt!


I knew it wasn’t burglars when I noticed the large empty space next to the bay window. No self-respecting burglar would break into someone’s home just to steal a life size cardboard cut-out of Darth Vader would they?

No, it wasn’t burglars who’d nicked Darth or who’d cleared the shelf of the Queen CDs. It was Neil. He’d finally moved out, and taken Freddie Mercury and the Dark Lord with him as he went.

For a moment I stood trying to decide how I felt. Angry? Broken-hearted? In the time it took me to cross the room, enter the kitchen and dump my handbag on the worktop I decided my overwhelming feeling was relief.

Neil had raided the kitchen too: his state of the art coffee maker which I hadn’t been allowed to touch was gone, along with his juicer and his super fancy wok. Only a couple of spilled coffee beans on the countertop showed where they had been. I looked at the clippie magnet on the fridge to see if he’d left me a note. We’d always left messages for each other one there. A few months back they had been little love notes with kisses and pictures of hearts. Now the only thing on there was the ratty message I’d left for him yesterday asking him to pick up some milk on his way home.

I walked back through the lounge to what had once been our bedroom. The wardrobe doors were open showing the empty hangers and his rack of immaculately arranged ties had gone. My mobile vibrated in my trouser pocket telling me I had a text as I sank down onto the edge of the bed. I knew what it would be before I even fished it out of my pocket.

‘Chloe, guess you know by now have moved out, thought would be better this way. U know it wasn’t working, sorry, N’


Available from Amazon.com
And Amazon UK

Readers can find me on the web at:

Thanks for visiting the blog, Nell - Radio Gaga is a fabulous read and I'd urge everyone to check it out!